The Comments are More Interesting 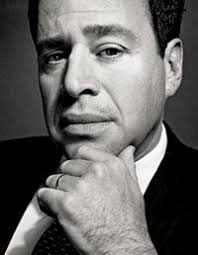 If you want to waste your time reading David Frum's article in the National Post, it's on you. I found the comment from Craig Jones way more in touch with reality.

David Frum is a smart guy who should know better. Most ofthe arguments recycled in this piece are essentially a lament on whypolicy makers didn't address the cannabis issue decades ago when the evidencebecame clear that criminalizing cannabis use was more harmful than use of thedrug itself. Had policy makers in the 1940s and ‘50s not succumbed to thetemptation to demonize and scapegoat, they might have paused long enough totake a close look at the already substantial evidence around them and concludedthat, on balance, criminal prohibition would produce greater harms – social andindividual – than the drug itself. They could have, if intelligent and wellintentioned, gotten ahead of the issue and mitigated many of the concerns Frumworries about today. Many problems get worse the longer we put off dealing withthem – cannabis is one of them. It was inevitable that the longer policy makerslied and fear-mongered, the more intractable the problems would become. Thenthe internet happened.

Frum says public policy is about tradeoffs. Actually it’smore like the trading of big serious problems for slightly smaller less seriousproblems – but only if we’re extremely smart and lucky. The experience ofcannabis shows that policy makers can be extremely stupid for a long, longtime. Legal cannabis may indeed mean more teen cannabis use – but if legalcannabis means fewer youth with criminal records most people who have studiedthis issue would regard that as a net win for individuals and the society inwhich they live. Frum would too if he thought about it.--Craig Jones, PhD | Executive DirectorNational Organizationfor the Reform of Marijuana Laws in Canada

Georgia's governor Nathan Deal is taking it upon himself to make sure parents of children with Dravet Syndrome get the help they need. Georgia's legislature bungled the attempt during it's latest session.
It is hard to believe Georgia has beat Florida in legalizing medical marijuana. Don't get me wrong, I'm not complaining, just saying.

If we could just get her to watch Sajay Gupta's "Weed"

Calvina Fay expressed in a letters to Florida Legislature leaders that the Charlotte's Web strain of Cannabis was Bad Bad Bad. She thinks "Epidiolex" is the way to go. I don't know enough about to say if it's good or bad. The point is she does, because it's in trial stages with the FDA. I think she thinks the FDA is the only research institution in the world. Her quote i like the best is
"There is still time to amend the bills to include expanded access to clinical trials. Floridians deserve medical treatment that is based on both compassion and scientific research." -Calvina Fay
If we could just get her to watch "Weed" She might just jump over to the good guys side.

So Much for a Pot Shop on every corner, or UFO's for that Matter

It look's as though Cocoa Beach will be the first city in Florida to enact an ordinance regulating Medical Marijuana. One thing is for certain, there will not be a Medical Marijuana dispensary, known as a Pot Shop to critics, on every corner. Cocoa Beach is doing the responsible thing by not waiting to the last minute to come up with rules. When city government scrambles or ignores their responsibility to research and mandate rules for Medical Marijuana dispensaries, you end up with a Pot Shop on every corner. My take is the rules are reasonable and will limit the number of dispensaries yet give adequate access to the qualified patients of Cocoa Beach. Let them be a model to other cities in our great state of Florida.


I am excited to see that the possibility of Medical Marijuana in Florida, is attracting top of the line business people. This is a very good thing for the legitimacy of medical marijuana. Communities around Florida are much more likely to be supportive of medical cannabis when you have prominent business members in the community running them. I feel confident that the Department of Health will pick the best prepared and financially secure companies to operate medical marijuana facilities in Florida. This will ensure patients will receive the best and safest medical cannabis without interruption.